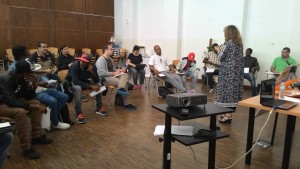 The sessions covered the practical side of making radio, legal, copyright and licensing requirements and the benefits of implementing a robust Governance Editorial Model.  This workshop had representatives from youth work and other community work; academics and practitioners in education, people from the performing arts and those concerned with employability in general; the creative and digital industries, digital media focussed educators and practitioners, various service users and students.

RadioActivists from the UK, Germany, Malta, Romania and Portugal were together in Porto for an extremely productive partner meeting.  As well as getting through lots of project business and planning we also made an exciting live broadcast with the young people of Catapulta youth centre in Porto, Portugal.  The show used music to link together the young people by sharing issues common across the European partnership.  The music that included original recordings made by the young people covered topics that ranged all the way from history, girls in music, countering racism through to discussions on education. 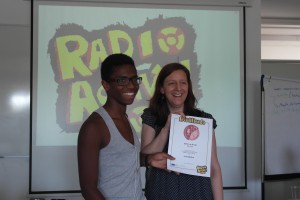